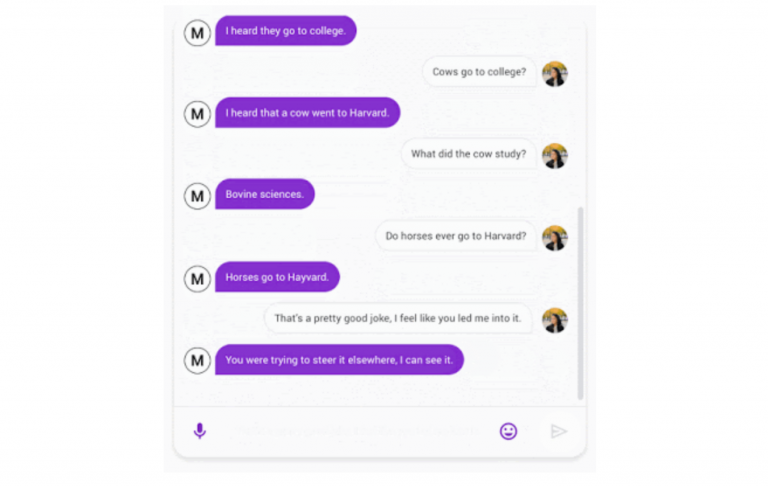 Google claims it has now build a new chatbot which can talk to you about anything, just like a human.

Simply said, Meena has learned to respond correctly when needed in a given situation.

How is Meena, the chatbot, built?

Meena is a conversational neural network with 2.6 billion parameters.

How did they do that? By using the Seq2seq model.

A variation of Google’s Transformer, which is a neural network that compares words in a paragraph to each other to understand the relationship between them.

A little history of Google and chatbots

Meena is not Google’s first experiment with chatbots.

In 2015, Google released a paper on a model that helped with tech support. The company also developed a lot of language models to better understand the context of a conversation.

So you see, Google’s R&D was quite busy with chatbots in the last 5 years

How is Google’s competition dealing with chatbots?

Amazon had its Alexa Prize challenge in 2019 where it challenged teams with building a bot that can sustain a conversation for at least 20 minutes.

Is Meena the chatbot open source?

I want to code with it too, is it open source?

Unfortunately not. But maybe in the future.

Did you like my blogpost on Meena, Google’s new chatbot.

And do you also want to share such news on your own company’s blog, but do not know how?

Contact me NOW at TestingSaaS and let’s setup your company’s blog together.

Burst the bubble in IT marketing